Loserville Back In The West End 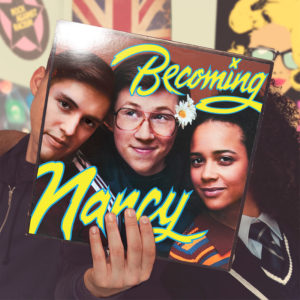 In September 2019 Becoming Nancy had it’s World Premiere on the newly renovated Coca-Cola Stage at the Alliance Theatre in Atlanta, USA.

Becoming Nancy is the huge-hearted new musical that weaves a story of family bonds, first loves, and the courage it takes to find your own spotlight.

Based on a novel by Terry Ronald, Becoming Nancy, set in 1979, in the South London suburb of East Dulwich, tells the story of a talented high school pupil David Starr who gets the surprise of his life when he’s cast in the role of Nancy (the female lead!) in his school production of Oliver!

How David, his classmates, his family, and his community react to the news is a heartwarming story.