Rehab the musical opens in London this September 2022

Rehab the musical opens in London this September 2022 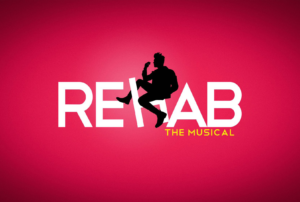 It’s 1999 and jaded 26 year-old pop star, Kid Pop, finds himself in court, after being caught red handed in a drug fuelled tabloid sting. An understanding judge gives Kid the choice between jail time or a rehabilitation centre for six weeks. It’s a no-brainer for Kid: rehab will be a holiday. But how could he have got it so wrong?